Research on a potential threat to pohutakawa and using unmanned aerial vehicles (UAVs) sprayers to combat a range of unwanted insects are among those projects funded in the latest Better Border Biosecurity (B3) investment.

B3 Director David Teulon says a total of $1.6 million dollars in research funding was allocated to 10 new plant biosecurity-related science projects this year.  He says a key aspect of B3’s research is providing solutions and knowledge to support key biosecurity organisations such as the Ministry for Primary Industries (MPI) and the Department of Conservation (DOC).

“Co-innovation is at the heart of our research investment and researchers have worked hard with our stakeholders and end-users, such as MPI, DOC and industry, to co-develop projects that meet their needs.”

Newly-funded projects include those with a focus on partnering with Māori, new threats to productive and natural systems, new technology platforms, and building on successful previous research projects, he says.

“It’s pleasing to see a number of early career scientists as project leaders and the development of new collaborations between B3 partners.”

Assessing the risk of Rapid ‘Ōhi’a Death to New Zealand and the South Pacific Led by Virginia Marroni (PFR) with AGR, Scion and MWLR

Integrated or not?  Is this badnovirus viable and what is the risk? Led by Rebekah Frampton (PFR)

Improving UAV effectiveness for spot applications of Btk during an incursion

Weaving together the complex web of biosecurity social networks 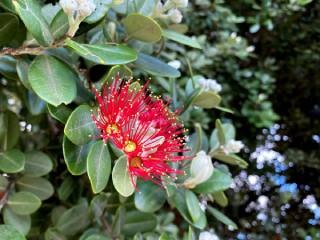