B3 conference brings biosecurity community together

The fourth B3 conference, opened by Agriculture Minister Damien O’Connor, was a chance for the plant border biosecurity community to gather in person at what was likely the first Trans-Tasman conference in New Zealand since the COVID pandemic.

The official end of New Zealand’s International Year of Plant Health events was marked by Penny Nelson (DDG MPI) at the conference.

B3 Director David Teulon said collaboration underpins the group so it was wonderful people were able to come together in person after such a long time connecting virtually. “There was a real buzz throughout the two days of conference as people re-connected,” he said.

“Border biosecurity underpins the economic prosperity and environmental health of Aotearoa New Zealand and this has become especially evident during these COVID-19 times. It was immensely satisfying the B3 conference brought together New Zealand’s communities of interest for plant border biosecurity research and uptake including government, industry and science, CRIs, universities, Māori, students, and the important wider community.”

The conference was co-hosted by Australian-based plant Biosecurity Research Initiative (PBRI).
PBRI Director Jo Luck said it was particularly special colleagues and collaborators from Australia were able to attend in person. A number of Australian scientists also gave excellent presentations via video connection, she said.

A significant aspect of the conference was the focus on Te Ao Māori and its importance in plant biosecurity research and implementation. One of two key note speakers was B3 Collaboration Council member Melanie Mark-Shadbolt (Ngāti Kahungunu ki Wairarapa, Ngāti Porou, Te Arawa, Ngāti Raukawa, Ngāti Tuwharetoa, Te Atiawa, Irish, Mackintosh and Gunn descent) who spoke eloquently about the need for Māori and Te Tiriti to be at the heart of biosecurity science.

The other keynote speaker was Dame Juliet Gerrard, the Prime Minister’s Chief Science Advisor. She gave insight into the highest-level decision making during the pandemic, much of which was done at break-neck speed and based on the science of the day.

David said topics covered in talks and panel discussions ranged from the major biosecurity issue of the day (COVID) to options for a more joined-up biosecurity system. “In between we touched on a number of key priorities in the new B3 Strategy and shared information from our Summer Students and had a group of students come and play the Invasion Busters game,” he said.

“I hope, as well as strengthening relationships and emphasizing the value of collaboration, the B3 conference reinforced the importance of excellent border biosecurity science to safeguard the security and welfare of our natural environment; to protect, retain and build value in our plant systems; and to provide investor confidence for continued growth and innovation; as well as maintaining important market access for our forestry, horticulture, arable and pastoral agriculture industries.”

Industry and government attendees commented on the value of the conference. Aurelie Castinel, MPI Science Programme Lead, noted it was a really stimulating, inclusive and diverse programme. Steve Rich, GIA Chief Executive, said it was a really successful conference that stimulated many important ideas for future action. 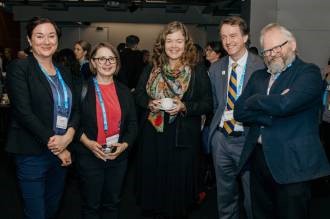 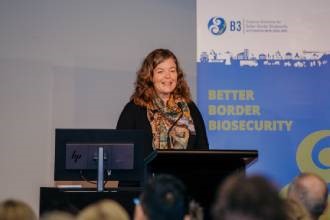 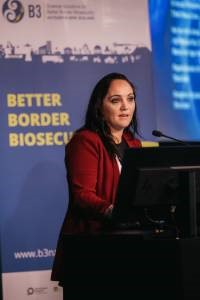 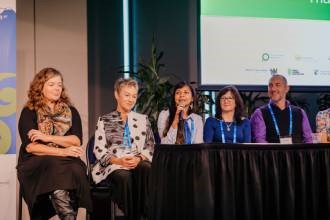