B3 project to improve Xylella readiness

The invasive Xylella (Xf) pathogen has caused devastation to crops overseas, including citrus, grapes, summerfruit, and olives and could cause widespread economic damage if it became established in New Zealand. Estimates suggest the pathogen could affect all citrus crops and up to 20% of winegrape production.

“An invasion of Xf here could cause enormous losses to our economy and even sabotage our trade access to markets overseas”, says Project Lead Dr Jessica Vereijssen from Plant & Food Research.

In a Better Border Biosecurity (B3) research project, scientists from Plant & Food Research, Manaaki Whenua Landcare Research and the Ministry for Primary Industries (MPI) are studying the presence and distribution of potential New Zealand insect vectors of Xf and their host plants. Their research will improve understanding of how Xf could move between the native and productive estate.

Xf can live in both insects and plants, and is transferred between plants by insects through feeding. We call these kinds of insects ‘vectors’. One spittle bug species that is known to transmit Xf overseas is common in New Zealand, and the glassy-winged sharpshooter, a known vector of Xf overseas, has already been found in several Pacific Islands.

“The movement of goods and people across our borders makes it an ongoing challenge to keep invasive plant pest invertebrates and pathogens out,” says Vereijssen.

Xf and its known insect vectors have a wide host range, including potentially susceptible native taonga species such as pōhutukawa as well as a number of crops. The pathogen is affected by cold temperatures so would probably spread more extensively in the North Island than the South Island.

“Increasing our understanding of which vectors could spread Xf in Aotearoa will help us identify where to focus surveillance efforts,” says Vereijssen. The research will also help ensure an efficient, cross-sector, collaborative approach to preparing and responding to an Xf incursion.”

The findings of this research will be used by MPI, the Government Industry Agreement (GIA) ‘Xylella Action Group’, and the Department of Conservation (DoC) for risk assessments and industry response plans. It will also help inform iwi of potential impacts of Xf to taonga plant species.

In addition to citrus orchards in Kerikeri, sampling is also being conducted in apricot orchards in Clyde and vineyards in Hawke’s Bay and Canterbury. 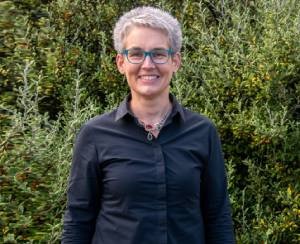