B3 RESEARCHERS PRESENT AT 24TH INTERNATIONAL CONGRESS OF ENTOMOLOGY

In August, a group of B3 researchers travelled to Daegu, South Korea to present papers on their research at the 24th International Congress of Entomology. The conference is held every four years and this year’s theme was “A New Era of Entomology”. Over 2,300 researchers from around the world attended the event.

She reported on a retrospective study that compared the natural host range of Microctonus aethiopoides in Morocco with its novel host range found in Australia and New Zealand, where it has been introduced to control the adult stage of the weevil Sitona discoideus, a pest of lucerne in the family Leptopiini. The study found that the absence of Leptopiini in Morocco and the record of a native Australian leptopiine host could have indicated that native weevils in this tribe in New Zealand might be at risk of attack by M. aethiopoides.

Dr Max Suckling from Plant & Food Research presented two invited papers at the conference. The keynote paper focused on the Global Eradication and Response Database, which is a database of more than 900 insect and plant pathogen eradication programs in 103 countries, a project led by B3, with support from Australia and the International Atomic Energy Agency and a wide range of contributors. Dr Suckling gave a range of analyses from the database to support the proposition that insect eradication is often possible and cost effective when the alternative involves significant long-term, ongoing costs.

Dr Suckling’s second paper discussed considerations in the design of mass trapping or lure and kill for pest management or eradication. Mass trapping and lure and kill are related tactics for removing male insects using female sex pheromones or other semiochemicals, and both techniques can offer pest management and eradication benefits. Dr Suckling and colleagues have developed a theoretical framework and tested it on four different orders of pest insects (Lepidoptera, Homoptera, Diptera and Thysanoptera), in order to determine whether a standard protocol could be used to advance the development of mass trapping and lure and kill systems. The work also relates to surveillance grid efficacy for delimitation.

Dr Toni Withers and Dr Lisa Berndt from Scion were invited to present a paper on host range testing with Cotesia uraba for Uraba lugens biological control. U. lugens is an Australian pest of eucalyptus and it is now established in New Zealand. Host range tests were designed to examine physiological host range in the first instance, then, using choice tests and larger cage sizes, to increase ecological realism for the parasitoid. The study concluded that C. uraba is unlikely to pose a significant risk to the few non-target species most closely related to U. lugens in New Zealand and that the risk to other species is extremely small. Based on this evidence, New Zealand regulators approved the application and C. urabae was released and successfully established in 2011.

Dr Kye Chung Park from Plant & Food Research presented a keynote paper on olfactory receptor neurons and host specificity in phytophagous insects. Phytophagous insects use olfactory information to locate their host plants, and so their olfactory sensory system is directly related to the volatile emissions of their host plants. Dr Park’s work suggests that it may be possible to predict the range of host plants for invasive insect species by comparing their olfactory receptor neuron profiles and the chemical profiles of volatile emissions of plants.

Manoharie Sandanayaka, also from Plant & Food Research, presented a contributed paper on stylet penetration activities of a Tomato/Potato Psyllid (TPP). The study investigated whether a single TPP could acquire and inoculate a tomato plant with the disease Candidatus Liberibacter Solanacearum (CLso). TPP stylet penetration activities related to acquisition and inoculation of CLso were measured using electrical penetration graph (EPG-DC system) recordings. Results showed that CLso inoculated by a single TPP is enough for the plant to become infected, which was confirmed by qPCR. However, it took longer to see symptoms on the plants. The minimum plant access period required for CLso transmission by a single TPP was estimated, to assist growers in making effective management decisions to reduce the impact of this serious disease. 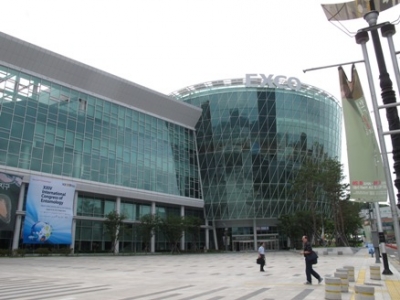