B3 steps up research to face fall armyworm

Better Border Biosecurity (B3) is focusing its expertise and intensifying research activity to support the ongoing response to the incursion of the fall armyworm (FAW) (Spodoptera frugiperda).

With Biosecurity New Zealand and its primary sector partners, B3 has identified several research areas of particular interest, and research is underway on a number of them.  With the endorsement of Biosecurity New Zealand, B3 has also established a cross-Crown Research Institute FAW Biosecurity Science Consultative Group.  The group has access to expertise from across the New Zealand research community, and includes researchers from Australia and the Asia, who have had first-hand experience of this insect pest.

Populations of FAW have been detected at several locations in the North Island in the past few months.

Better Border Biosecurity (B3) Director Dr David Teulon says even if it does not establish at this time, there is a strong likelihood that FAW will continue to threaten New Zealand, as it can be blown across the Tasman Sea from Australia where it has firmly established.

“Just what this or any future incursion means for New Zealand is not clear.  FAW is a sub-topical/tropical insect and the extent to which it will overwinter and develop populations in sufficient numbers in New Zealand to cause significant damage to plants is uncertain,’’ he says.

“While we have known for some time that FAW might arrive in New Zealand, the recent detections have given us added impetus to try to understand its ability to survive in New Zealand, what plants it might attack and how it might be managed. As scientists, we know that it is important to continually re-examine existing knowledge and assumptions”.

Dr Teulon says at this early stage of a biosecurity incursion, B3 is able to focus its expertise and intensify its activity to support the ongoing response, as it did for the great white butterfly, kiwifruit vine canker (PSA) and myrtle rust outbreaks.  This is a short-term transitional position until other sources of funding are identified.

With Biosecurity New Zealand and its primary sector partners,, B3 has identified several areas of particular interest and work is well underway on a number of them, Dr Teulon says.  They include:

“This work is really going to help us understand the current and future distribution of this pest and the impacts that it may have on our agricultural and horticultural industries and most treasured taonga species”.

“The initiative shown by B3 in approaching the response to provide technical and research capacity highlights the benefits of these scientific collaborations, and the greatly increased profile of biosecurity initiatives over the past few years.” 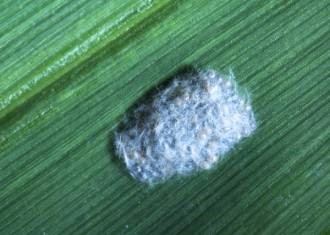