Biocontrol research in the spotlight

Darren Ward and Quentin Paynter are assessing the non-target impact of biocontrol agents used in New Zealand over the past 100 years to control insect pests.

The work will provide the EPA with information when assessing future applications for the release of biocontrol agents, and for the Ministry for Primary Industries (MPI) in advance of a future incursion by insect pest species that could have wide-ranging impacts on native plants, the natural estate, and primary industries. The project finishes in 2022 and has so far found that the vast majority of biocontrol agents used have had minimal negative impact on non-target species. As part of the wider project, the B3 team is exploring the safety of Trissolcus japonicus (samurai wasp) as a biocontrol agent against the brown marmorated stink bug and how the wasp might affect a New Zealand native stink bug.

This story was featured in Manaaki Whenua Landcare Research’s Pūtaiao magazine and its website. 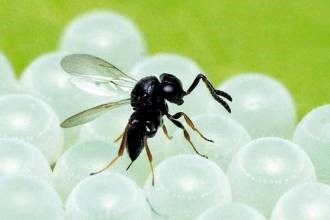