As part of the B3: Better Border Biosecurity’s Risk Assessment Theme, Dr Kirstin McLean, a scientist at the Bio-Protection Research Centre, has recently completed research that will help regulatory agencies assess the potential impacts of new microbial biocontrol agents on native ecosystems. The reference to the publication from this research is shown below*.

To fill this knowledge gap, Dr McLean’s research focused on a native isolate of Trichoderma atroviride already available commercially in New Zealand. The isolate is used as a root treatment to stop pathogenic diseases such as white onion rot and also as a growth promoter on various agricultural crops.

Dr McLean examined the potential impacts of T. atroviride on two very different native ecosystems: podocarp forest at Riccarton Bush, Christchurch and grassland at Flock Hill Station in the Craigieburn Valley, Cass, Canterbury. To avoid releasing T. atroviride into the native habitats, Dr McLean instead removed soil samples from the two sites, and used the soil in pot trials with locally sourced seedlings of the dominant plant species found in those habitats.

A commercial application of T. atroviride was applied to the root zone of half of the seedling samples to determine its potential impact on native plant growth and reproduction, as well as on the diversity and abundance of other soil microbes and the relationships between soil microbes and their plant and insect partners.

Dr McLean found that T. atroviride had no major effects on native plant health or on the soil microbial community. Her results suggest that an accidental spread of T. atroviride from agricultural habitat into native ecosystems is likely to have negligible negative consequences.

The study also assessed which plant species would be best for regulatory agencies to examine in order to study the potential risks of importing a new microbial biocontrol agent. The EPA have noted that “these results will act as a good case study to help them determine the most effective testing regime for any future applications.”

In addition to this study, Dr McLean also assisted with a complementary study that examined the taxonomy of T. atroviride in New Zealand and compared it to the global distribution of Trichoderma species. This will help the EPA determine which species are already present in New Zealand, and how closely related potential new imports are to those already present, which in turn will help predict the new organism’s likely impact here. 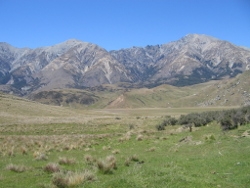 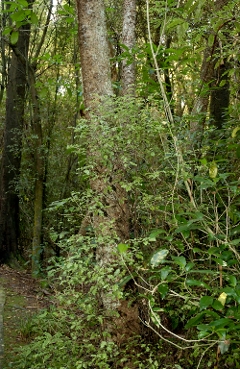