Imagine if it was possible to identify any species instantly, simply by scanning it in the same way a loaf of bread is scanned at the supermarket checkout. Think of how this could spark peoples’ deeper interest in their surroundings, appreciation of the importance of biodiversity and the severity of existing threats, such as food supply and climate change.

It may sound like science fiction, but new advances in molecular diagnostic technology may soon make this a reality. “DNA barcoding”, as the technology is called, was first used in New Zealand in 2003. Dr Karen Armstrong, Theme Leader for Diagnostics at B3 and Senior Research Officer at Lincoln University’s Bio-Protection Research Centre, has been building a DNA library that can be used to identify exotic insect pests, such as fruit flies, tussock moths and the yellow peach moth, all of which are considered high risk threats to New Zealand’s horticultural and forestry industries.

Initially, each time there was an interception of a different species at the border, the molecular approaches required to supplement traditional (visual) methods of identification had to be modified and then validated from scratch. This was so time-consuming that the scientists badly needed an improved, much more generalised method that could be used for a wide range of exotic species.

To address this concern, Armstrong’s work involved lots of sequencing of the base pairs in a gene called cytochrome oxidase I (COI) which is found in the mitochondrial DNA in all species. The technique draws on those species that have been identified through traditional taxonomic methods to produce a sequence ‘similarity’ tree. Such an approach allows the gathering of the individual members of a given species into a grouping distinct from that of other species groups. Based on this approach it is then possible to identify an unknown specimen by determining which group its COI DNA is associated with.

In 2004, a Canadian group started using similar technology to develop a catalogue of new species and in doing so they referred to the method as “DNA barcoding.” As a result the 700 base pair “barcode” region of COI is now recognised internationally as the standard region for exemplifying distinctions between the vast majority of species tested within the Animal Kingdom. The method is now used by scientists around the world, all of whom are contributing to a single “Barcode of Life Database”. It has been found that the abundance of data now in this library has resulted in a very good and consistent diagnostic methodology, as well as a valuable resource for biosecurity.

The Barcode of Life Database is currently held in Canada with four mirror sites in other locations around the world. Anyone can use or contribute to the library, but additions have to be supported by the source biological sample as a reference and the raw sequence data. These, plus other checks on the inputted data mean that the database, though not perfect, is more reliable than other less well-curated public databases such as Genbank.

In North America, the database is primarily used for biodiversity and taxonomic cataloguing, but uniquely, Armstrong and her colleagues have taken it a step further to provide a practical tool for the rapid identification of potentially invasive insect species that reach New Zealand’s border. Barcoding improves the chances of finding new organisms, even those that may not have been identified already as high risk to New Zealand.

MAF has now adopted the methodology for many different types of insect pests and some fungi as well as examining its potential in other animal groups such as fish. This pioneering effort is now being enhanced internationally through other initiatives. These include the EU’s Quarantine Barcode of Life (QBOL), invasive species initiatives within the global International Barcode of Life (iBOL) and work of the QUADs grouping (USA, Canada, Australia, New Zealand). The latter grouping’s plant protection organisations are now collaborating on DNA barcoding. In addition, MAF has recently developed a “Border Barcoding” project that uses the existing barcoding database to learn more from historical collections of intercepted specimens that, up to now, could not be identified.

Armstrong says that one important aspect of the Barcode of Life Database is that scientists can use the naturally occurring population-level variation in DNA as well as species-level variation. In other words to use the supermarket analogy again, apples and oranges naturally have different bar codes. However in addition, every breed of apple in the supermarket will also have its own variety-specific bar code. Animals are similar, in that their DNA sequences vary not only between different species but also within different populations. The key is that the difference between populations of different species (apples and oranges) is much greater than the difference between populations of the same species (apple varieties).

This population-level variation recorded in the database can also help scientists to learn much more about the organisms in question, which has huge implications for biosecurity. For example it can enable scientists to identify from where an exotic species originated and hence lead on to other information such as its natural host range, climatic range, and potential biocontrol agents.

Related to this, an equally important area of research being undertaken in the Armstrong laboratory focuses on bioinformatics, or the statistics that describe the likelihood of organisms belonging to a certain species or barcode group. This information is essential because there is no single “barcode” for a species as there is always some variation. Thus there is sometimes blurring of the border between one species and the next. Sophisticated statistical and computational techniques are needed to resolve such blurring and minimise possible misinterpretation.

Future work on DNA barcoding in Canada includes pursuing the development of a handheld “barcoder”. If successful, such miniaturisation and synchronisation will integrate independent pieces of laboratory-based equipment, as they are currently used, into a single unit. Whilst intended to be a convenient field tool for biodiversity workers and so on, it might also enable adaptation for use by future front-line quarantine officers to assist with rapid identification of pests at the border. 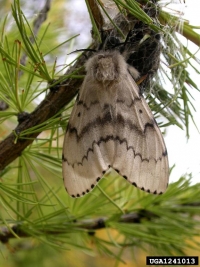