The Port of Tauranga (PoT) is New Zealand’s largest and fastest growing port, processing a large volume of goods, from diverse origins. This presents a key risk; these goods may contain biosecurity risks. With over 1,000 workers on the port, and a number of different companies operating, there is dispersed social and geographic responsibility for managing these risks.

In order to measure awareness, perceptions and behaviours related to biosecurity, the research project ‘Biosecurity Excellence in Port Communities’ lead by Penny Payne, Susanna Finlay-Smitts and Bruce Small from AgResearch was undertaken as part of the Better Border Biosecurity (B3) Programme.   A range of surveys and interviews were conducted with four key groups (port staff, transitional facility staff, local community surrounding the port and school children), to achieve two aims. First, to provide a baseline measurement of biosecurity awareness, perceptions and behaviours, to allow tracking over time. Second, to measure the effectiveness of targeted interventions in four key groups.

A total of 91 port staff, 43 transitional facility staff, and 324 members of the local community participated, via surveys (online and paper) and in-depth interviews. A further 120 school children completed survey measures, before, immediately after, and six months after using a biosecurity education kit.

This research has indicated that all four stakeholder groups appreciate the importance of biosecurity, and report being generally familiar with the concept.  All groups appear open to receiving more information or training about biosecurity, and are willing to support biosecurity outcomes.

This article was published on the Tauranga Moana Biosecurity Capital website. 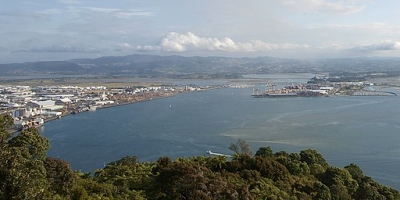