A Cultural Biosecurity Ambassador roopū has been established after a series of hui led by the Better Border Biosecurity (B3) research collaboration.

B3 bought Māori tourism leaders together at hui in Tauranga and Wellington to discuss biosecurity threats to cultural tourism, which encompasses the ngāhere and taiao, and to wānanga ideas of working together to prevent and/or reduce their impact. The hui were led by B3 Māori Research Leader Alby Marsh (Ngāti Ranginui, Ngā Puhi, Ngāti Hine, Te Rarawa) and Simon Phillips (Waikato, Ngāti Maniapoto, Taranaki) of the The Piripi Group Ltd.

Alby says one of the outcomes of two recent hui was the establishment of the Cultural Biosecurity Ambassador group. Participants agreed to set up the roopū with the aim of championing biosecurity by leading thinking through proactive engagement and action in the tourism and primary industries sector. The roopū will  lead the dissemination of informtion about pests, weeds and pathogens that will impact the taiao and potentially tourisim, especially to those businesses with a strong reliance through their interaction with the taiao. Ambassadors included representatives and owners of regional tourism organisations, cultural tour and trek operators, and food production companies.

B3 is an important conduit in this programme through its research on threats to our native estate. “The information gathered is to understand what they (threats) are, their impact on industry and the environment and pathways to introduction,” Alby says. The Biosecurity Ambassadors could also use research to better prepare and respond to threats.

Future hui will involve setting priorities and the co-design of biosecurity standards and processes that are cross-industry and fit-for-purpose, he says.

The group aims to grow the number of Ambassadors around Aotearoa and engage young groups, such as rangatahi, to become cultural biosecurity champions.

One of the Ambassadors and hui co-leader, Simon Phillips, says “we now have a group that are not just Māori business owners, some are leaders in their commercial disciplines, and with that comes a set of expectations of the science organisations, but also the group itself.” 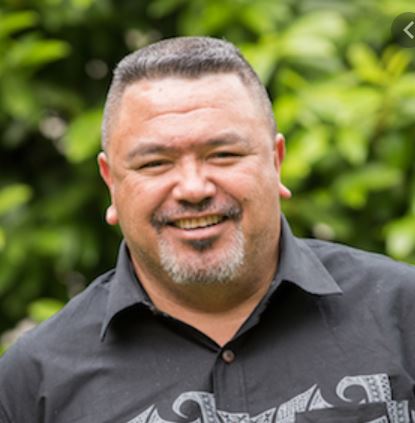 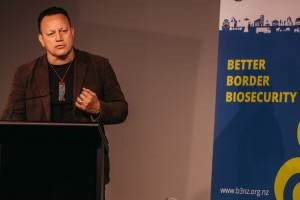 Simon Phillips, of the Piripi Group, co-led a B3 hui for Cultural Tourism Ambassadors. 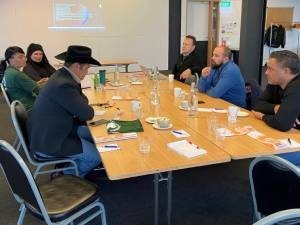 Cultural Biosecurity Ambassadors at the B3 hui in Wellington 2021. 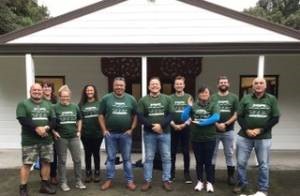