Better Border Biosecurity (B3) researchers shared their mahi and helped celebrate the 75th birthday of the NZ Plant Protection (NZPP) Society at its recent conference in Christchurch.

B3 Director David Teulon says biosecurity was an underlying theme throughout the pre-conference symposium, the three-day conference and anniversary celebrations.

“It was a privilege to celebrate with the NZPP and for B3 researchers to share their work on topics such as the potential impact of plant pathogens Xylella and Rapid ʻŌhiʻa Death on Aotearoa New Zealand’s productive and native plants; new methods and technologies for detecting and assessing the risk of unidentified pests, pathogens and weeds; modelling environmental risk of new introductions; and exploring what we can learn and share about biosecurity with our Pacific neighbours.

“It was a very successful meeting with over 180 attendees from science, universities, government and industry” says Dr Teulon.

The conference was preceded by the NZPP symposium on ‘Plant pathogens that keep us awake: past, present and future threats to native species‘ where leading scientists, kaitiaki, international experts and representatives from government agencies brought attendees up to date with progress on topics such as myrtle rust, kauri dieback, Pacific biosecurity, Ceratocystis, and Xylella.

Professor Dame Juliet Gerrard opened the conference by contrasting the COVID-19 pandemic to Aotearoa New Zealand’s biosecurity challenges and challenging the attendees to be more strategic on targeting high-risk organisms.

A highlight of the conference was the awarding of the prestigious NZPP Society Medal to Brian Richardson for championing forest protection over nearly four decades of research.  Brian has been very active in B3 as a project leader, and a Collaboration Council and Science Advisory Group member.

NZPP Society President Mike Cripps says the number of biosecurity presentations at the Conference has been growing year on year and are now a notable part of the Conference programme. 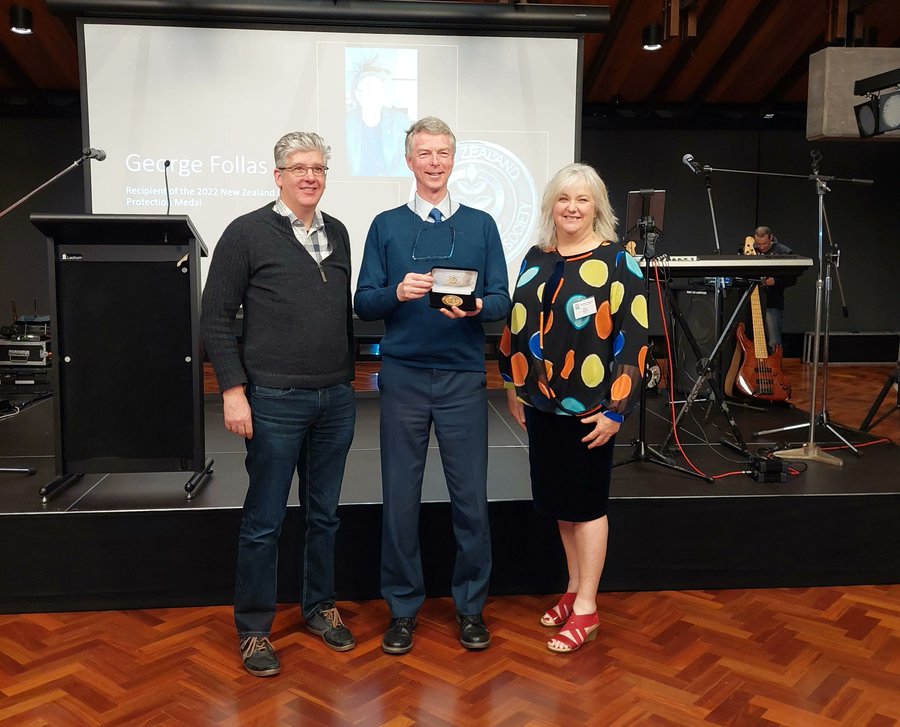