OVER 70 YEARS OF EXPERIENCE FAREWELLED FROM B3 IN LATE 2020

Towards the end of 2020, B3 said good bye to a number of retiring colleagues, all of whom made substantial contributions to the collaboration in recent years.
While we will miss their many contributions, we wish them well in their future endeavours.

Max Suckling (PFR) was part of B3 from the very beginning.  He represented HortResearch in the original writing group for the Improved Biosecurity proposal in 2003.  Max  always played  an important role in the science leadership group, mostly as Theme Leader for Eradication and more recently as ex officio.  Max led many B3 research projects, was a mentor to many younger researchers, initiated many ideas for biosecurity science and was a prolific science writer.  Max is irreplaceable.

Lindsay Bulman (Scion) was involved in B3 in a wide range of roles since 2005, reflecting his changing responsibilities in Scion over the years.  He remained  very active supporting Scion scientists, [a Project Leader], a Deputy Theme Leader and from  March 2018, the Scion representative for the B3 Collaboration Council.  He was also on the Science Advisory Group for a short time.  Lindsay was  a strong proponent for advancing forest biosecurity science and uptake in the B3 collaborative approach.  Tara Strand is now representing Scion on the CC.

Since 2007, Chris Green (DOC) was one of the main ingredients of the glue that kept DOC and B3 working closely together in developing biosecurity outcomes for New Zealand’s natural plant systems. This included the world’s first eradication of the great white butterfly.  Chris was DOC’s formal link to B3 for engagement, and was particularly active in the risk assessment Themes, as well as also more broadly across the whole of B3.  He has been a consistent attendee at the Science Partnership Forum and more recently an important member of the Science Advisory Group (SAG).

Philippa Stevens (PFR) was  a member of the B3 Governance / Collaboration Council from 2010 and oversaw the largest contribution to the B3 investment portfolio throughout that time.  She was a champion of the B3 concept throughout her tenure and provided continuity as other CC members came and went.  As the PFR representative on the CC, Philippa played a major role in the smooth running of the B3 programme through the PFR hosting agreement.  Philippa ensured that the priorities of all B3 partners were recognised and acted upon through this arrangement.  Suvi Viljanen is now representing PFR on the CC.

Russel Dale (FOA) was a key member of the B3 Science Partnership Forum where he represented the biosecurity interests of the forestry sector.  He was one of the key drivers for the Forest Health Surveillance System to which B3 contributed in a science supporting role.  More recently, Russel was the FOA representative on the Science Advisory Group (SAG).  Bart Challis has taken up the FOA role on the SAG.

Tony Conner (AGR) was  a member of the Collaboration Council from  2017 representing AgResearch.  Tony made valuable contributions on the CC during a period of significant developments to the new B3 Strategy and the inclusion of Māori on the CC as well as in  operational management.  Marie Bradley is now representing AGR on the CC. 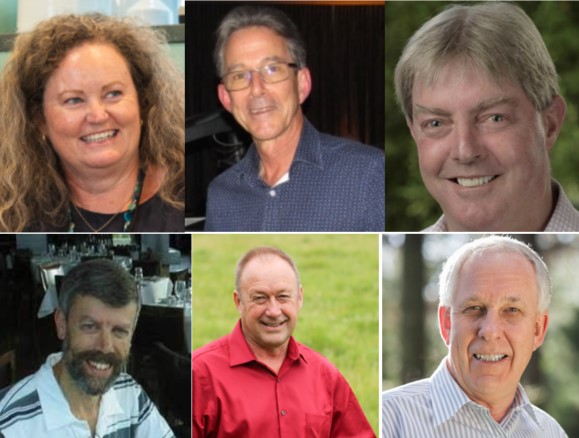