Better Border Biosecurity (B3) theme leader Barbara Barratt has been made a Fellow of the Royal Society Te Apārangi, recognising her national and international contribution to advancing knowledge in the area of the biocontrol of introduced pests.

She was made a Fellow in recognition of her pioneering work on the biosafety of introduced biocontrol agents for insect pests, aspects of which is now being widely applied both domestically and internationally.

Royal Society Te Apārangi Chair of the Academy Executive Committee Professor Charlotte Macdonald says an example of Barbara’s impact is her contribution to the biosafety assessment of a parasitoid wasp for biocontrol of clover root weevil. Read more about Barbara’s impact. Read about the B3 research theme Barbara leads.

B3 Director David Teulon says “Dr Barratt has an exemplary and distinctive research career in terrestrial invertebrate ecology (biodiversity, conservation, invasiveness, biological control, biosafety, biosecurity) including developing sound scientific foundations for some contemporary and contentious issues”.  She has provided outstanding leader in B3. 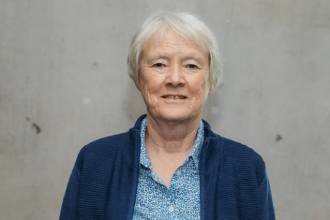