Scientists hone in on where pests come from

A team of scientists at the Bio-Protection Research Centre working within B3 is working to make Biosecurity New Zealand’s (BNZ) pest incursion investigators jobs much easier.

When deciding how to deal with a pest insect that’s new to New Zealand, BNZ needs to know where the insect was born.

If the insect was born overseas, BNZ can simply destroy it, check locally that no others arrived with it, and then stay vigilant to make sure no more make it here.

However, if the insect was born in New Zealand it means there’s already a breeding population here. The response will be bigger, more expensive, and probably disruptive.

The population needs to be tracked down and treated to remove the risk. This could involve using pesticides that can affect people – and possibly disrupt trade relationships because our pest-free status has been compromised. It may even mean restrictions that affect people’s daily lives – like the disruption that accompanied the painted apple moth in West Auckland in 1999, or the Queensland fruit fly in 2015.

The Bio-Protection Research Centre (BPRC) ( https://bioprotection.org.nz/) scientists, with Better Border Biosecurity (B3) funding from Plant & Food Research, plus funding from Australia’s Plant Biosecurity CRC, have developed a new way of showing where an individual pest insect has come from.

Called ‘stable isotope analysis’, it’s based on the principle that “you are what you eat” and, in this case, “you are where you ate”. It’s already used in fields as diverse as archaeology, forensics, and nutrition. But there have been problems using it to find out where insects came from.

Isotopes are nearly identical forms of an element, found naturally in the environment and the food that an insect eats. Some are very unstable but, as the name suggests, stable isotopes don’t spontaneously decay or change into other elements

“Stable isotope analysis typically needs quite a bit of tissue and also takes days to weeks to get a result,” says Dr Karen Armstrong, B3 Theme Leader and a senior researcher with the BPRC.

“In biosecurity, scientists usually only have tiny amounts of tissue to work with, such as the wings of a single fruit fly. And results need to be available quickly in order to stop an incursion and stop the pest from establishing.”

BPRC scientists have pushed the limits of the technique and adapted it to work with very small amounts of tissue and aim to deliver results within two days rather than two weeks.

”It’s taken several years to get here,” says Dr Peter Holder, postdoctoral researcher at the BPRC. “Our goals were way ahead of what the technology could offer, but with great collaborations at University of Otago and Queensland University of Technology (QUT) we have overcome severe limitations. Now this technique can work on fruit flies – which are about as small as you can get.”

“We also tested it on a hitch-hiking brown marmorated stink bug found in New Zealand – results strongly suggested it was born in the Northern Hemisphere and not part of a local population,” says Peter.

And when a burnt pine longhorn beetle was found on a shipment of logs to Australia, analysis indicated it came from the area around the Port of Auckland, not from forestry areas further north. That meant BNZ could confine its effort to the port.

But there’s more to do. “We’ve made great progress with our collaborators to adapt mass spectrometry methods to work with even smaller samples,” says Dr Armstrong. “Results will be almost instant and the price tag much, much cheaper.” 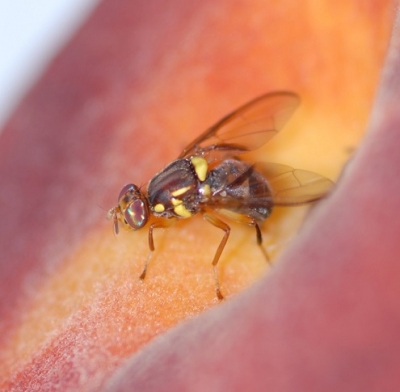 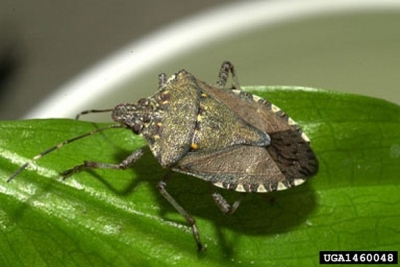