Aotearoa New Zealand constantly faces threats from overseas to our economy, ecosystems and way of life. Myrtle rust (Puccinia psidii) is a fungal plant pathogen native to Brazil that has been spreading internationally and which has caused significant damage to Myrtaceous plants in the countries in which it is present. Its arrival in New Zealand is likely to be imminent given it has now been present in Australia and New Caledonia for several years and has caused damage to a range of significant susceptible hosts.

Plant & Food Research summer student Hone Ropata is researching the potential impacts of the pathogen for Māori, funded through the Better Border Biosecurity collaboration, so that New Zealand can be better prepared for its potential arrival.

“Because the fungus can be blown very long distances by the wind it may well cross the Tasman Sea at some point, or it might hitch a ride on a visitor’s clothing or outdoor equipment – or it could even already be here,” says Hone.

Myrtle rust damages members of the Myrtle family and can even kill trees of highly susceptible species. “Plant growth is inhibited by the fungal growth on leaves reducing the ability of the plant to photosynthesise. At this point we are unsure about the potential impact on New Zealand species. It’s possible that it could be lethal in some cases, especially to young plants.”

Feijoa is one species likely to be a host for the pathogen. Natives that may also be affected and therefore at risk include the iconic pohutukawa, rata and manuka. These plants are taonga species which are of significant cultural importance to Māori and are also important economically and ecologically.

Hone is a University of Auckland BSc student, specialising in biological sciences with a focus on fungal diversity and plant pathology. “I am hoping to build a strong network of people within iwi, Maori businesses, and science. This will help to further our mahi and community awareness and with preparing for and responding to this threat. During my studentship I am also looking to learn from the country’s most talented scientists.” 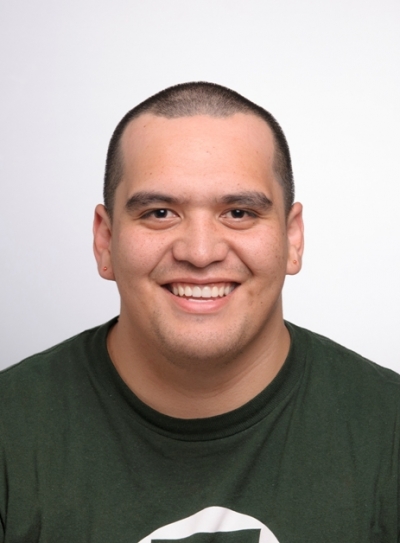