THE GROWING IMPORTANCE OF CHINA/NEW ZEALAND COLLABORATIONS IN BIOSECURITY

Growing trade and tourism between China and New Zealand are necessitating greater co-operation in the area of plant border biosecurity. The Better Border Biosecurity (B3) research collaboration and its partners are working hard to develop these.

Invasive species with the potential to attack New Zealand’s and China’s valued plant systems are significant biosecurity risks in both countries so there are substantial mutual benefits in working together.  In New Zealand, both government and industry see the maintenance of an effective biosecurity system as one of their top priorities.  China has been identified as one country that has most to lose from further species invasions.  New Zealand is recognised as having one of the best border biosecurity systems in the world and China is becoming one of the world’s scientific super-powers.  Mutual cooperation would seem to be highly advantageous.

China is now the source of more imports into New Zealand than any other country, and provides the second largest number of tourists entering New Zealand – both activities providing pathways for the entry of invasive species of biosecurity risk.  Additionally, information on pests and diseases from China is much harder to access for New Zealand biosecurity workers than from many other countries because of our lack of understanding of the Chinese language.  China has also been identified as one of the countries with the greatest potential sources of invasive species for the rest of the world.

“We think New Zealand’s biosecurity expertise has a lot to offer China and we’re also very aware of our need to understand the biosecurity risks from the Asian region,” says B3 Director David Teulon.  “B3 has many effective collaborations throughout the world but few with Asia – we are actively trying to rectify this now.”

As a result B3 and its partners have been actively engaging with a number of Chinese research institutes.  Recent contacts include:

“As part of the current B3 Operational Refresh and other collaborative initiatives, such as the International Plant Sentinel Network (IPSN), we are exploring ways to maximise collaborative research that is beneficial for both countries.  This is a matter of high priority for B3,” says Director David Teulon. 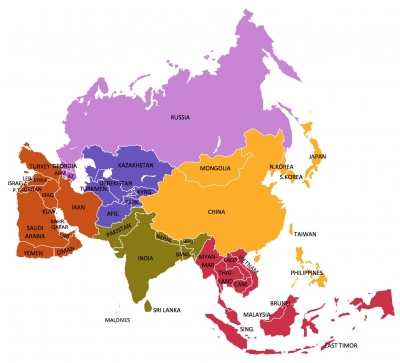